Bookmark and share the address of IntellivisionRevolution Forums on your social bookmarking website
Who is online?
In total there are 3 users online :: 0 Registered, 0 Hidden and 3 Guests :: 1 Bot

I'm striving toward the magical 125 in an attempt to recreate the joy that the Intellivision gave me in my youth.  I had most of the Intellivision cartridges (probably 100ish) until I lost my mind about 14 years ago and GAVE THEM AWAY along with ALL OF MY OTHER MOSTLY COMPLETE VINTAGE COMPUTER AND VIDEO GAME SYSTEMS (2600, 5200, 7800, Vectrex, Sega (CD, 32X, etc.), NeoGeo, Fairchild Channel F, Odyssey, Odyssey 2, RCA Studio II, Nintendo, SMS, Mac, Turbo Grafx, TRS-80 and CoCo (including the portable), Apple II(c, e, gs, etc.), C-64/128, Pong, Stunt Cycle, Bally Astrocade, Arcadia, Colecovision, Amiga, TI 99, Jaguar, Atari 400/800/ST, Sinclair, etc., etc...) in an unexplainable "we need space" psychosis brought on from early fatherhood.  I know...  You don't have to say it...  The children should have been sent away to keep space for my collections.

Anyway...  I'm looking for any available Intellivision CIBs in as good a condition as I can find to help me complete my current Intellivision quest.  For some reason it was always my favorite system...  just in front of the Bally Astrocade and Vectrex.   Right time during my childhood?  Dunno.  But here are the 30 I still need:

I didn't have the synthesizer or ECS back then but I am looking for them now, boxed.  Help a poor sap out?

I didn't have the synthesizer or ECS back then but I am looking for them now, boxed if possible.

Coleco
100. Turbo (I have International but want USA)

Sega
125. Congo Bongo Manual only - I have cart and box 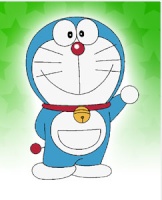