Bookmark and share the address of IntellivisionRevolution Forums on your social bookmarking website
Who is online?
In total there is 1 user online :: 0 Registered, 0 Hidden and 1 Guest :: 1 Bot

Posts : 221
Rep : 278
Rep : 5
Join date : 2020-02-19
Age : 46
Location : Somewhere east of Garinham
Tonight, I demonstrated my latest project - Little Man Computer.  I'll post it on Monday for everyone's enjoyment.  You can catch a recap of the announcement/demonstration video on my Twitch channel.

Although this represents my best work to date, I had planned to release it for free, and therefore this isn't intended to be a final "finished product".  I will provide updates where necessary, including tweaking the Little Man graphics and animation scripts.  Anybody who wants to contribute through more rigorous testing, creating a box image, or so on, should feel free to let me know.

Posts : 221
Rep : 278
Rep : 5
Join date : 2020-02-19
Age : 46
Location : Somewhere east of Garinham
Of the 5 differences between Tutorvision and a standard Intellivision, the one that matters here is that it has 4 times as much Graphics RAM.  Programmers can pre-define 256 tiles, whereas the Intellivision only allows for 64.  Little Man Computer takes full advantage of this in the Simulation screen:

Another key difference is that the Graphics ROM is different on a Tutorvision than the original Intellivision.  In particular, the two arrows in Graphics ROM are shaped differently.  The first thing that happens when you start up, before the title screen even appears, is that the program checks for amount of Graphics RAM and which Graphics ROM you're using.  After the title screen, it fetches the appropriate shapes for the down and right arrows to match the up and left arrows.

Will you make it work on the regular Intv?

Posts : 221
Rep : 278
Rep : 5
Join date : 2020-02-19
Age : 46
Location : Somewhere east of Garinham
It wouldn't be impossible, but it would require such a huge rewrite that I would need to start from scratch. I was considering a version that uses the ECS keyboard for code entry.

In my earlier post, I laid out the use of all 256 GRAM cards that the Tutorvision has available. By itself, the packed digits requires 126 cards (that's including the negative numbers), nearly twice as much as the Intellivision has available. That means I would have to double the width of the "simulation" room and have it scroll, making only some of the mailboxes viewable at a time. That could just about defeat the purpose.

What I could do is reverse the order of the objects, having the Output tape at the far left, followed by the "state", and then the Mailboxes to the right. That would work for the smaller example programs in the instruction manual, if I keep the mailboxes displayed in "XY" order.

For the immediate time being though, my focus is to have a "September 2021 release" ready within the next two weeks. I will have another Addendum with intermediate exercises, and probably one simple bugfix.

Posts : 221
Rep : 278
Rep : 5
Join date : 2020-02-19
Age : 46
Location : Somewhere east of Garinham
I did finally post another update with an Intermediate Exercises Addedum plus a couple more minor bugfixes. In two weeks, I'll be at RetroGameCon Junior and will exhibit this as well as one of my other recent projects. 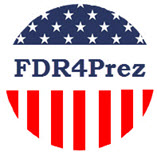 intylab wrote:I did finally post another update with an Intermediate Exercises Addedum plus a couple more minor bugfixes.  In two weeks, I'll be at RetroGameCon Junior and will exhibit this as well as one of my other recent projects.

You planning to go to PRGE to exhibit this, too?

I'd love to demo this on original hardware, and I'm sure somebody will be at PRGE who has one of the three or four actual Tutorvisions found so far.  In fact, I just drove round-trip to Chicago this past weekend in the vain hope of finding another Tutorvision myself for RGC Jr. this coming weekend.

As it is, my focus is on RGC Returns in October, and I'm not making any other travel plans.  If I could borrow at least a "Tutor Pro" for one of these events, I'd be happy.  Maybe somebody could take the GRAM chips out of a broken Inty II and add them to a working Inty II to have the same amount the Tutorvision had.  That's all that's needed to run this on an Intellivision.

» Games resetting to title screen on an Intellivison III??...