Bookmark and share the address of on your social bookmarking website
Who is online?
In total there are 2 users online :: 0 Registered, 0 Hidden and 2 Guests :: 2 Bots

Posts : 192
Rep : 240
Rep : 2
Join date : 2020-02-19
Age : 45
Location : Niagara Falls
I didn't have a Commodore 64 growing up, but I knew a number of people who did. The first time I got myself a C=64 was after I bought the Commodore 64 15-Pack by Activision for Windows 95. The games were fantastic, but the emulator was terrible. I ended up buying a better emulator for DOS called C64S, and migrated the ROM images. That was actually where I first played Beamrider, before I knew it existed for Intellivision.

I never did finish Hacker, but I came very close before I timed out and was caught. Only recently did a coworker tell me that the trick is to manipulate the time of day to buy a little extra time. My favorite title in the bunch was Portal, a sort of Hypertext adventure story from 1986. I wouldn't mind reading through that again. 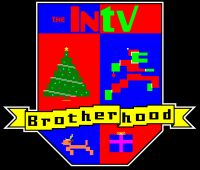 Posts : 44
Rep : 54
Rep : 2
Join date : 2012-01-16
Age : 43
Location : Marion, Illinois
Oh the Commodore... it was not my first system, but it was the first system I truly loved. The sound chip alone... lots of C64 music can still set my blood pumping... in fact if I am gonna play a modern day multiplayer FPS, I shut down their pathetic orchestrated crap and turn on Slay Radio or have random play from my "BestSids" folder going.