Bookmark and share the address of on your social bookmarking website
Who is online?
In total there are 2 users online :: 0 Registered, 0 Hidden and 2 Guests :: 2 Bots

Posts : 1154
Rep : 1363
Rep : 35
Join date : 2012-07-06
Age : 54
Location : Coral Gables, FL
I am not sure if I have mentioned the XM here but I thought I'd share information about it. Full details and progress with the project can be found here . Essentially it is a module that is attached to the cartridge port of any 7800 console and which includes a POKEY chip, a Yamaha chip, additional RAM, and ports for a keyboard. This allows for enhanced games to be made for the system. The specs are based on the original module Atari intended to release for the system. If you are wondering why this is being done it is because certain 7800 games had additional hardware in the carts (extra RAM or a POKEY chip, for example) which added to the cost of the games. By having this module, the need for having carts with additional hardware is negated as all the extra hardware is in the eXpansion Module itself. Game developers just need to access it through the XM to make exhanced games. Several games are in development already! 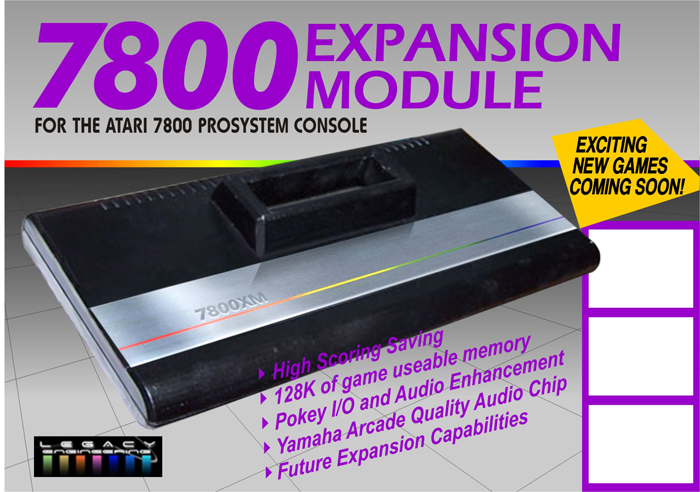 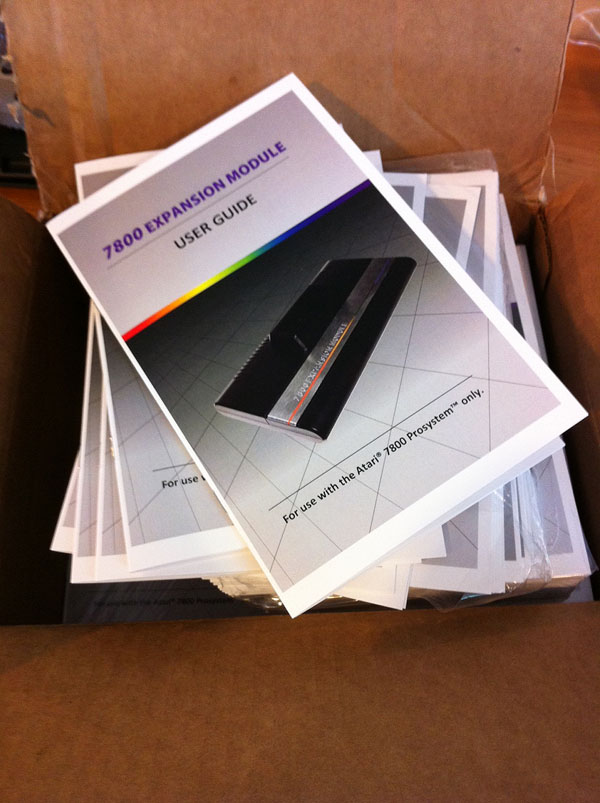 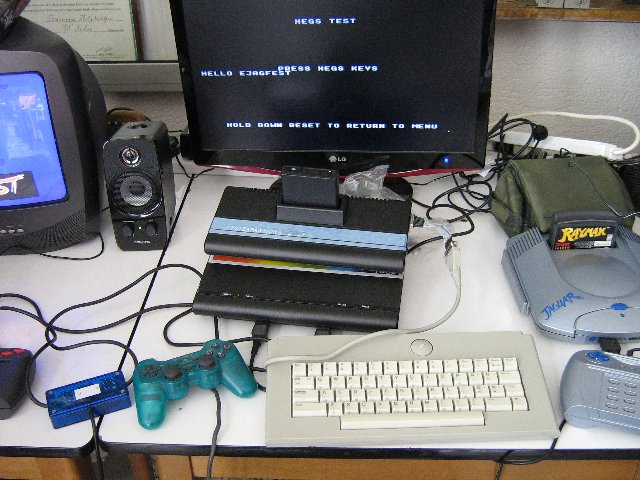 Most likely, I am going to pass on this and the CV expansion module because I think it opens a Pandora's box of video game spending I don't want to enter. With games in the $50-$60 range, it could get costly real quick.

Besides, I still have too many previously released games to get before I concentrate on these types of systems. Notice I said, "systems". To most, Sega CD and 32X were separate systems, complete with their own libraries of games. This will be the same.

sloan wrote:It looks cool, but I have wondered about both 7800 and CV expansion modules. It looks similar to 32X add-on for Genesis. Will there be some sweet games released? How much does 7800 XM cost? is it available for sale yet?

Most likely, I am going to pass on this and the CV expansion module because I think it opens a Pandora's box of video game spending I don't want to enter. With games in the $50-$60 range, it could get costly real quick.

Besides, I still have too many previously released games to get before I concentrate on these types of systems. Notice I said, "systems". To most, Sega CD and 32X were separate systems, complete with their own libraries of games. This will be the same.

I don't know how it compares to the CV expansion module but this one adds stuff that would normally be added to carts to get better games. The cost of the unit is about $100 (I can't remember exactly) but the info is on the page. They are still in preorder-phase but the project is almost done. The good thing is that they don't intend to stop making these as long as they sell. So far there are over 10 games planned for it including originals games, new arcade ports, or enhancements to existing ports. For example, there is an updated version of Donkey Kong in the works that adds POKEY sounds (oh and it sounds beautiful!) as well as the Pie Factory screen, the "How high can you go?" screens, and other things that were missing from the original port. The best original game, so far, is Bentley Bear Crystal Quest which is a platformer that takes the characters from Crystal Castles and puts them in an entirely different setting.

Posts : 532
Rep : 786
Rep : 8
Join date : 2012-03-25
Y, just as I feared, it wouldn't take much talking me into this. I have seen the AA thread for Bentley Bear's Crystal Quest, and it certainly looks promising. DK arcade for 7800 is enticing too. I have an XL conversion for 5200, but it does not have "how high can you get" screen. Pie factory is there though. What would most likely make me have to have something like 7800 or CV XM is one game title: Make Trax. Never ported to a home console stateside, I would buy either XM for it. How about an enhanced Zaxxon port for 7800, or Gaplus for same system? Now we're talking.

Posts : 532
Rep : 786
Rep : 8
Join date : 2012-03-25
I also have to add that video game audio has never been a big selling point to me, so enhanced Yamaha audio means little to me. If I want to hear enhanced stereophonic sound, I want I to be music to my ears, not video game blips and bleeps. Enough groaning on my part though, I am sure it will deliver a sweet gaming experience for many. Also, do I understand correctly that it will be offered for sale indefinitely, not some one-time-only affair? If so, that is promising to my ears. 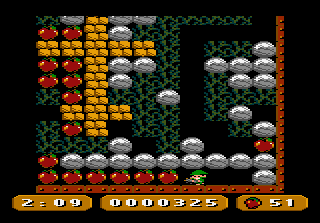 sloan wrote:How much is it on preorder?

NOV 29th - Design is locked down. No further changes, or modifications whatsoever. With the holidays coming, I will begin to order in the new boards. Mark and I will implement the firmware and after the New Year I will prepare the workshop for assembly, and begin to build out the XM's to begin shipping January 30th. So this is it, no more changes, no more attempts at further compatibility with any further games, the design is locked down and now its time to get past the holiday madness and focus on preparing to build XM's. I should be able to do 5-6 daily and get them out to first ordered first and go through the list. I will email people in batches to verify addresses, if I don't get a reply back, they get bumped to the next batch and if I still don't hear I'll keep bumping them until I'm at the end of the list and if I have to start making phone calls or posting on Atariage asking if anyone has heard from such and such a person, I will but I'm not holding anything up any further, time to move forward, everyone has waited long enough and too much time has been invested into this project.